Unexplained Canada examines the fact, fiction and possible folly of some our nation’s mysteries.

Among many mysteries, we study: 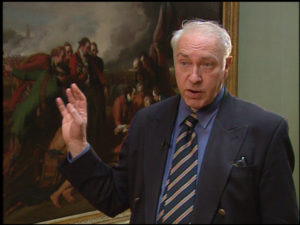 Coghlan’s Coffins – In the early 1900s, a famous Canadian actor dies on tour in Texas  and is buried in Galveston by the sea. His coffin is found floating in the ocean near his PEI home a few years later in 1908.

The Lake of the Healing Waters – Watrous, Saskatchewan has a lake that is believed to have healing powers.

Plains of Abraham Mysteries – In 1759 General Montcalm ordered the garrison’s treasure to be hidden from the British prior to the Battle of the Plains of Abraham; it has yet to be found.

Revelstoke Event – In 1965 something extraterrestrial strikes the interior of British Columbia, much like the giant asteroid that struck Siberia in 1908. What was it?

The Vanishing Village of the Dead – An Inuit community’s inhabitants simply disappeared.

The Windigo – The First Nations people believe this creature possesses friends and turns them into cannibals.

Rather than viewing a mystery with total belief or attempting to debunk it, Unexplained Canada presents many perspectives to encourage viewers to draw their own conclusions.

The series is hosted by noted author John Robert Colombo – Canada’s Mr. Mystery. You can find out more about Mr. Colombo on his web site.